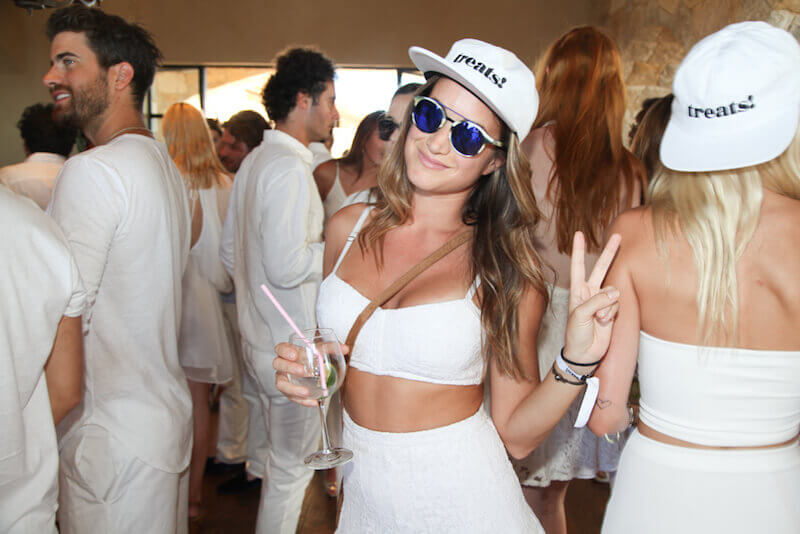 VIP’s, including Founder and Editor-in-Chief Steve Shaw & Elyx CEO Jonas Tahlin, arrived by helicopter atop of the sprawling grounds. Top models and celebrities attended the fête eager to toast the end of summer. Attendees included Leonardo DiCaprio who arrived with a crew of 6 male friends and chatted with Steve Shaw about his trip to Burning Man where he had a blast. Sean Penn who was first to arrive in all-black (to a white party!) was seen flirting with models and talking to male friends. Other notable attendees included Russell Simmons, Stephen Dorff, Kevin Connolly, Derek Hough, and Ryan Seacrest. Everyone looked fabulous in a breathtaking view while sipping cocktails provided by Absolut Elyx and Stella Artois.