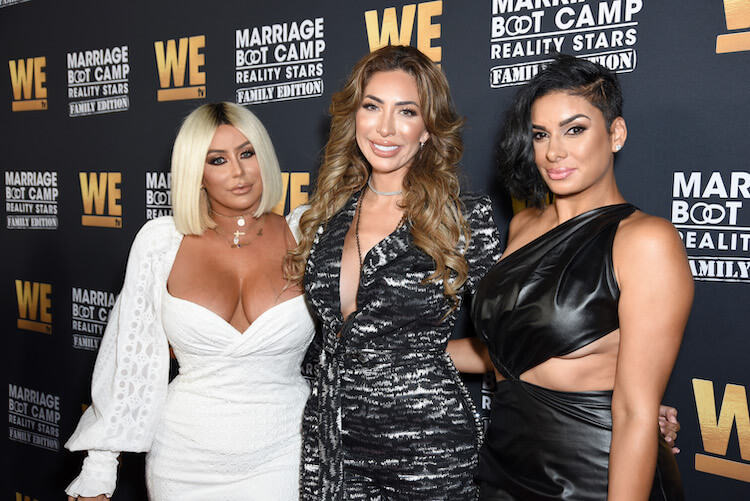 WE tv hosted an exclusive event for the premiere of “Marriage Boot Camp: Family Edition” at the Skybar at Mondrian on Thursday, October 10th. The event also celebrated the 100th episode of the Marriage Boot Camp franchise. The evening brought together the show’s celebrity alums and famous faces for a night full of cocktails, hors d’oeuvres and entertainment provided by DJ KISS. Heidi and Spencer Pratt were all smiles as they filmed a video for Tik Tok. Aubrey O’day, Farrah Abraham, and Laura Govan catching up as they pose for a photo together. Bachelor Nation and The Bachelorette alumnis Jade and Tanner Tolbert, JP and Ashley Rosenbaum, and Trista and Ryan Sutter enjoyed the evening night catching up as they sipped on cocktails and wine. Aaron Carter and Corey Feldman were seen reconciling and hugging it out after feuding this week.