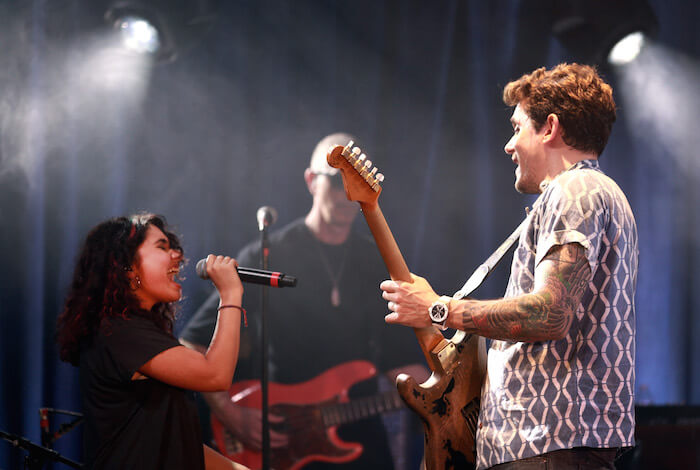 the Bud Light Dive Bar Tour has officially kicked off, and the first performance has fans in the LA area and nationally buzzing. John Mayer brought his Grammy award-winning artistry and dashingly good looks to the Echoplex in Los Angeles for the first show of the Bud Light Dive Bar Tour, where he was joined onstage by fellow musician and friend, Alessia Cara. The two performed a cover of Erykah Badu’s On & On and a beautiful rendition of her song Stay, where John joined in on the second verse and ripped the guitar during the bridge. The two ended the set in a duet of the fan favorite Gravity and throughout the night John also performed tracks from his latest album The Search For Everything that included Moving On And Getting Over, Belief and In The Blood – in addition to his timeless hits, Slow Dancing In A Burning Room and Waiting On The World To Change. Celebrity guests included G-Eazy, Jhene Aiko, Big Sean, Miles Teller and rapper Amina. The excitement didn’t end there! John returned to stage after his set for an encore performance, serenading the crowd to with fan requests from St. Patrick’s Day to his famous cover of Free Fallin.