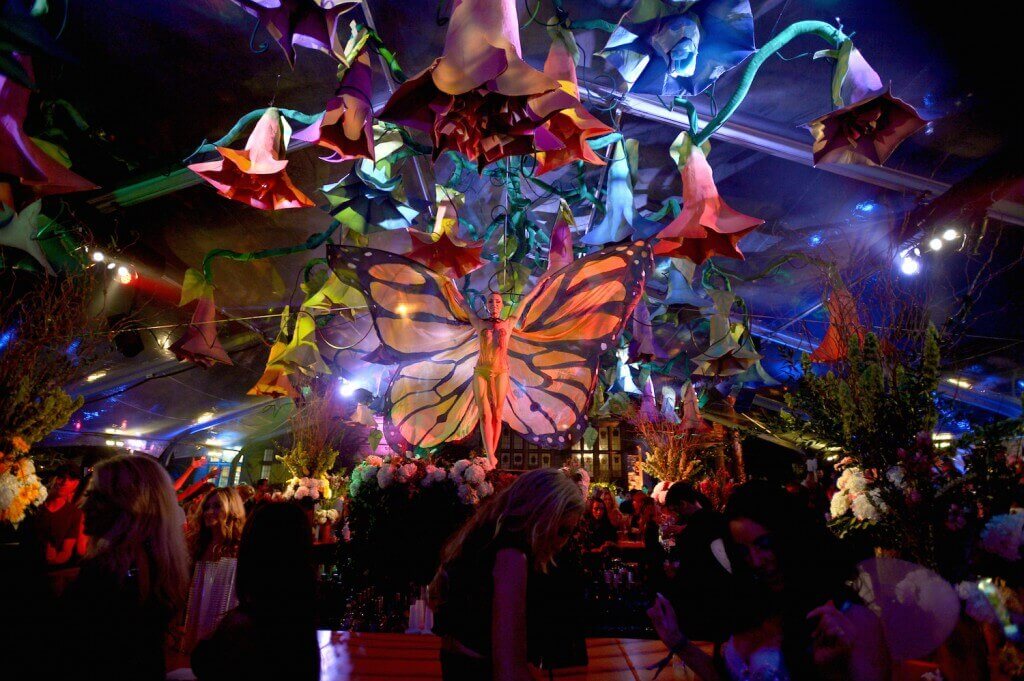 The iconic grounds of the Playboy Mansion were transformed into an enchanted storybook forest for their annual Midsummer Night’s Dream Party that included butterfly-winged dancers and frog and snake contortionists on August 1st, 2015. What a better way to start the month of August with beautiful women dressed in lingerie. DJ Bobby French got the party started followed by headlining DJs Brody Jenner and Devin Lucien.

Former playmate Kendra Wilkinson attended the event with husband Hank Baskett, and seemed to be doing better than ever after a rough patch. Adam Devine from Workaholics was seen cozying up with his girlfriend Pretty Little Liar Chloe Bridges. Lots more celebrities were in attendance, more details below.

0
Photo By: Photo by Charley Gallay/Getty Images for Playboy Continue reading...
1 Discussion on “The 2015 Midsummer Night’s Dream Party At The Playboy Mansion was Full of Sexy Lingerie and Celebrities”