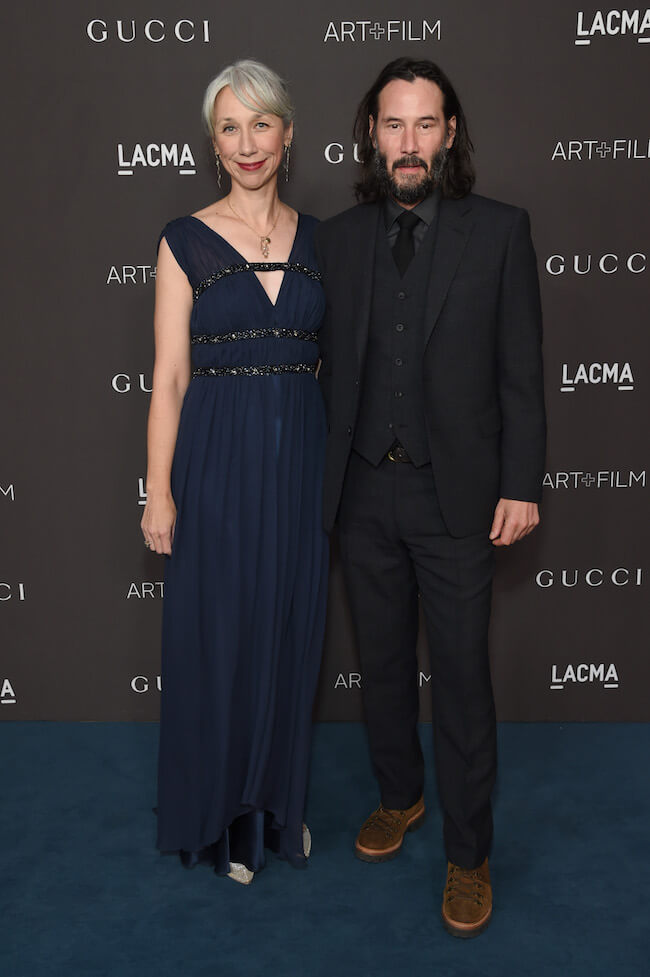 The Los Angeles County Museum of Art (LACMA) hosted its ninth annual Art+Film Gala on Saturday, November 2, 2019, honoring artist Betye Saar and filmmaker Alfonso Cuarón. Co-chaired by LACMA trustee Eva Chow and actor Leonardo DiCaprio, the evening brought together more than 800 distinguished guests from the art, film, fashion, and entertainment industries, among others. This year’s gala raised more than $4.6 million, with proceeds supporting LACMA’s film initiatives and future exhibitions, acquisitions, and programming. The 2019 Art+Film Gala was made possible through Gucci’s longstanding and generous partnership. Additional support for the gala was provided by Audi. The Art+Film Gala began with red-carpet arrivals of art world, music, entertainment luminaries, fashion icons, and renowned artists at LACMA’s Wilshire Boulevard entrance. Guests then moved through the museum’s Smidt Welcome Plaza to a cocktail reception on the museum’s Zev Yaroslavsky Plaza. Projected on the walls were motifs inspired by the works of Betye Saar and Alfonso Curarón.

After cocktails, guests proceeded to the Art+Film dinner pavilion overlooking Michael Heizer’s Levitated Mass (2012), where they were seated for a special dinner prepared by Joachim Splichal of Patina Restaurant Group. Michael Govan and Eva Chow welcomed the crowd. Further into the evening, Emmy, Grammy, Oscar, and Tony award-winner John Legend gave a tribute in Saar’s honor and filmmaker Christine Turner contributed a short film about the artist. Shortly thereafter, Ted Sarandos presented a tribute to Alfonso Cuarón and the audience enjoyed a montage of the director’s films. Actor and musician Donald Glover introduced the honoree. Following the evening’s dinner program, Will Ferrell invited guests to an outdoor performance. Billie Eilish then introduced Anderson .Paak & The Free Nationals who powered through hits including “Heart Don’t Stand a Chance,” “Come Down,” “Tints,” and “Am I Wrong,” following a trumpet intro by band member Maurice “MoBetta” Brown. The set concluded with an encore of “Jet Black.”

Over the last year, we’ve all spent more time at…