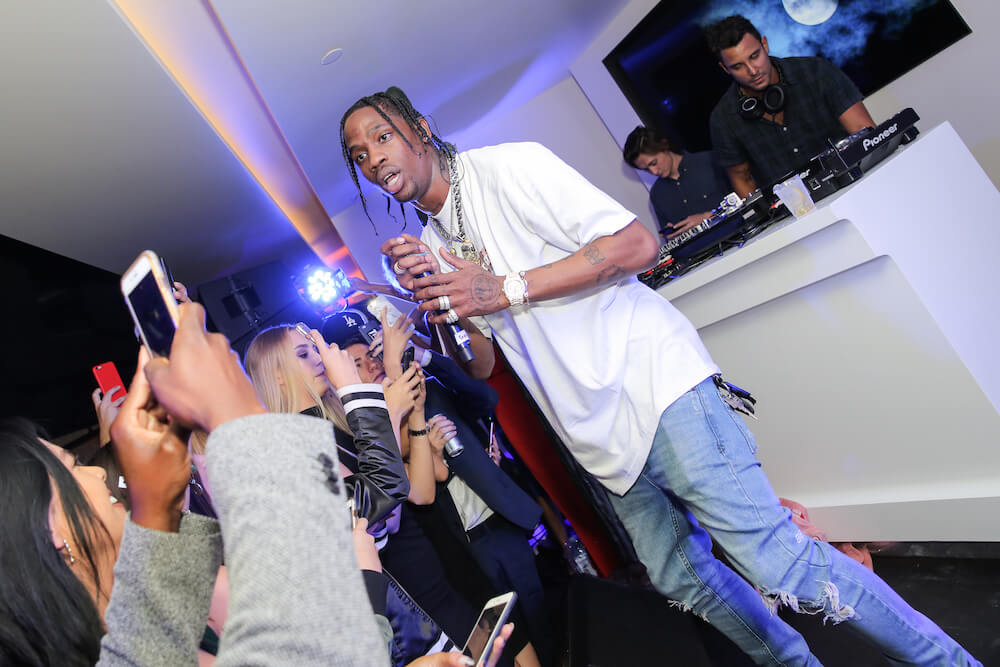 Michael Riady in conjuction with John Terzian, Brian Toll and The h.wood Group presented the ‘The Red Carpet Launch of OUE Skyspace LA , the tallest 360 degrees outdoor lounge at the US Bank Tower, the tallest building in Los Angeles on July 14th, 2016. The Riady Family are the sole owners of the US Bank Tower in Downtown Los Angeles, through OUE Limited. The event was hosted by Kendall Jenner who brought out her sissy Kim K, who wore a see through-dress, and friend Jayden Smith to shoot Keeping Up with the Kardashians. Travis Scott dropped by for a performance singing his new hit Pick Up the Phone. Other celebrity attendees included Calvin Harris, Scooter Braun, Usher, Floyd Mayweather, and Corey Gamble amongst lots of others. SHERBINSKIS, the premium cannabis and lifestyle brand founded by famed… Continue reading...
1 Discussion on “Kendall Jenner hosts The Red Carpet Launch of the OUE Skyspace LA at the US Bank Tower in Downtown Los Angeles”