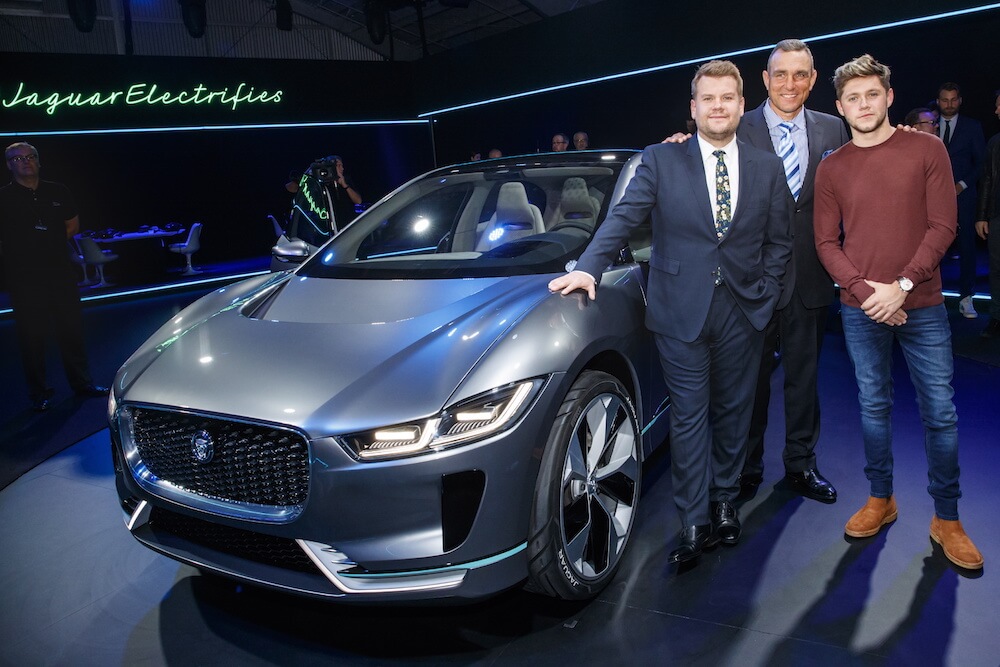 The Jaguar I-PACE Concept car is the start of a new era for Jaguar. Jaguar’s engineering and design teams have torn up the rule book to create a bespoke electric architecture, matched with dramatic design. The result is no-compromise smart, five seat sports car and a performance SUV in one. Ian Callum, Director of Design, said: “The I-PACE Concept represents the next generation of electric vehicle design. It’s a dramatic, future-facing cab-forward design with a beautiful interior – the product of authentic Jaguar DNA, electric technology and contemporary craftsmanship.

This unique and world-first ‘social VR’ reveal is believed to be the largest live and connected VR event of its type to date. Throughout the day more than 300 guests were transported into a specially created life-like virtual space, into which, two of the car’s creators, Ian Callum and Ian Hoban were projected. From VR hubs in Los Angeles and London, groups of 66 guests including A-list stars Michelle Rodriguez, Miranda Kerr and James Corden, used HTC Vive Business Edition headsets, powered by Dell Precision workstations, to put themselves inside the concept car and interact live with other participants at Milk Studios. Guests ‘sat’ on the concept’s virtual seats, had a 360 degree view of Venice Beach as the concept was built piece by piece around them, and saw the I-PACE Concept race towards them across a virtual desert. Important Driving Details To Remember When There Are Trucks Around

For both new and seasoned drivers, traversing the road with… The Key Factors That Contribute To A Car Crash

Fortunately, most of us will never experience a really bad… How to Build a Powerful Car Accident Case: A 6 Step Guide

When you are injured through an accident caused by someone’s…