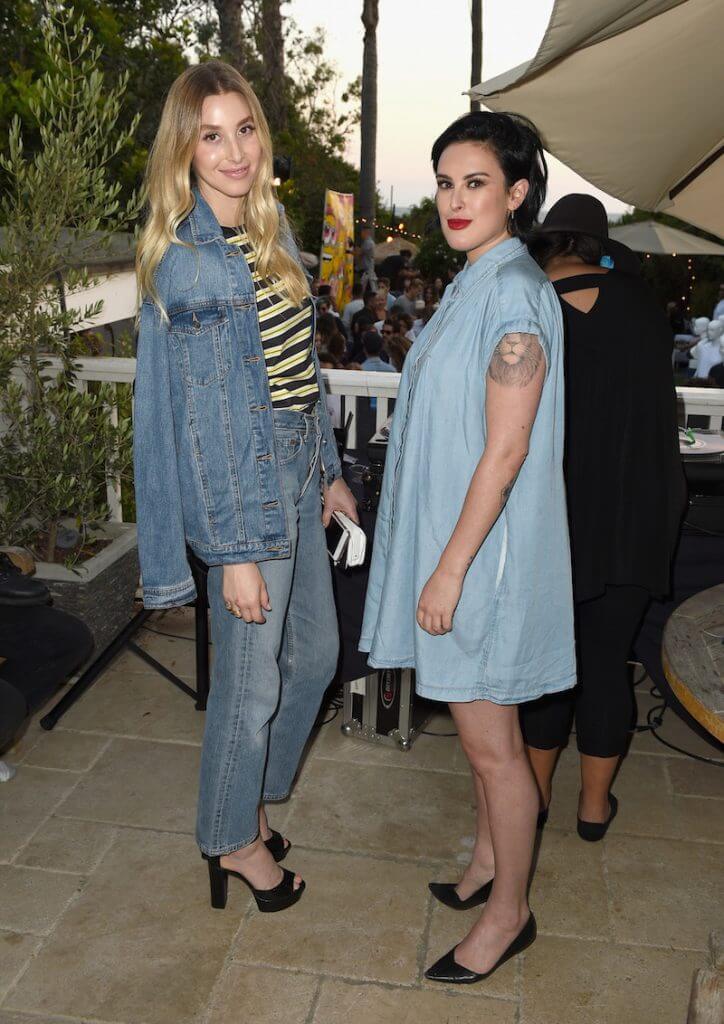 Illumination Entertainment and NBC Universal hosted the launch of their partnership collection with street artist Buff Monster and Australian surf and skate lifestyle brand Rusty, with live performances by Allah-Las and Clean Spill while Buff Monster hand painted the Minions characters onto a giant canvas for all partygoers to see. Far from The Hills, Whitney Port headed to the beach in Santa Monica on July 28th, 2016 for the sunset party where she then joined Rumer Willis in the DJ booth as she played indie-rock summer jams with along with Ana Calderon. Both Whitney and Rumer kept an eye on the DNC as it played on a TV inside the private beachside residence in Santa Monica and sipped straight from a coconut as it was cracked right in from of them. Guests also enjoyed Sailor Jerry cocktails while the Allah-Las played to a packed crowd, there was also a gif photobooth provided by Phhhoto.