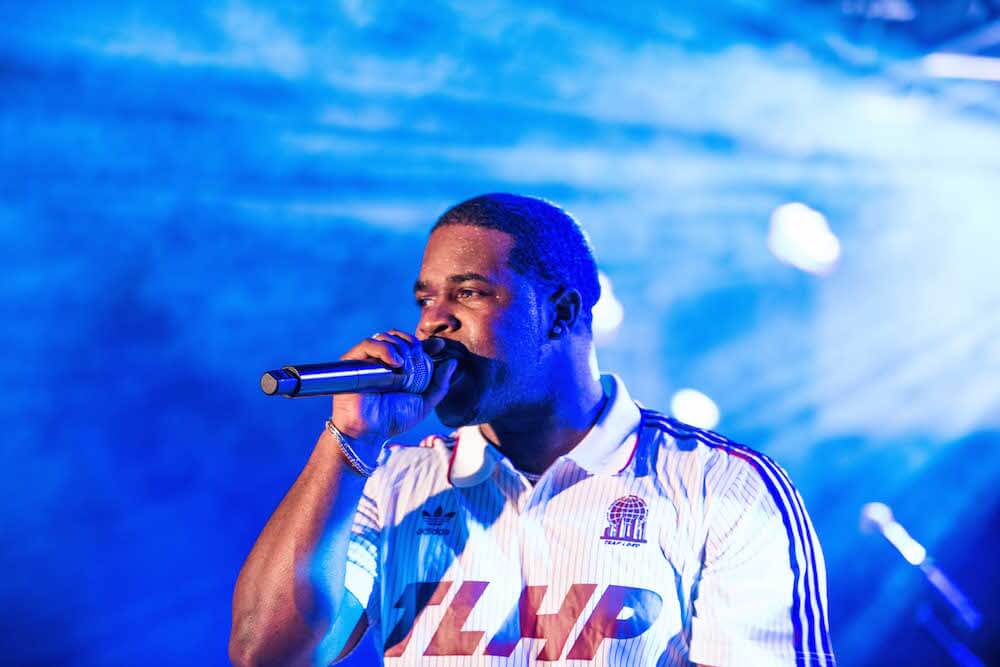 Last Friday, adidas and A$AP Ferg celebrated their newest collaboration with an all out skateboarding frenzy in Downtown Los Angeles. The celebration comes after Ferg unveiled the collab with adidas Skateboarding in the video for his latest single, “Nandos.” A tennis court was filled with obstacles which allowed local shops to battled amongst one another. Each participant was able to perform their most impressive skateboarding tricks for cash prizes. adidas Skateboarding team riders Daewon Song, Pete Eldridge, Na-kel Smith, Jack Fardell, Miles Silvas, Alec Majerus, Silas Baxter-Neal, and Nora Vasconcellos were present and participated in team demos with the local skate community.

The new adidas x Trap Lord capsule was on full display during the all day event. Attendees were indulged with free pizza and VIP kept cool with free drinks. Amongst the skaters were cleverly placed photo ops; a pile of books, shoe display, and the Alway$ $trive and Prosper spray painted backdrop.

Before the night’s performance, A$AP Ferg sat down and discussed his previous adidas collaboration and their continued relationship. The discussion was followed up by an energy crazed performance from the Trap Lord.

The adidas Skateboarding Skate Copa Court world tour continues as they head out to Seoul, South Korea later this month.