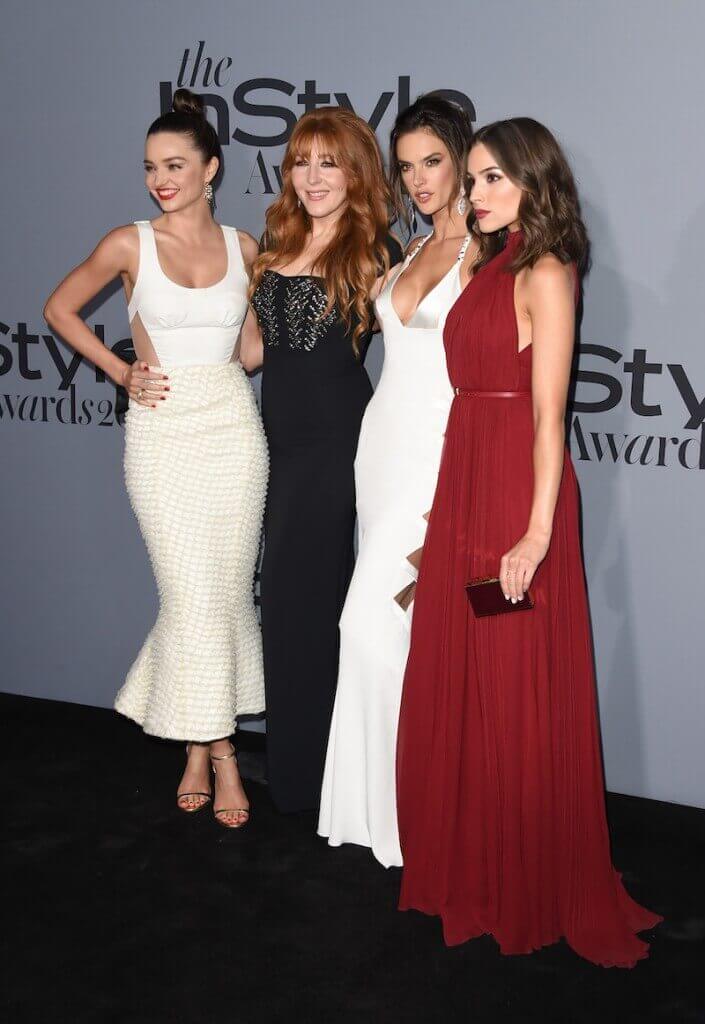 What would you wear on the red carpet of an Award show dedicated in honoring the best red carpet looks? that’s a lot of pressure look-wise. If it wasn’t for a team of style experts, I don’t know how celebrities would manage to pull off these stunning red carpet looks. On October 26, InStyle presented the inaugural InStyle Awards, honoring the actors, actresses and artists whose style defines the red carpet and the image makers behind the scenes. Hosted by Editorial Director Ariel Foxman, the intimate dinner was the first fashion event held at the Getty Center in Los Angeles. Held on the terrace, the evening featured décor evocative of Richard Meier’s architecture, with dramatic florals inspired by Robert Irwin’s famed Central Garden. Honorees received a custom award designed by fashion illustrator Donald Robertson. Our favorite look of the evening was from Alessandra Ambrosio, who rocked a beautiful white dress that complemented her slender figure. The always radiant Kate Hudson mentioned on the red carpet, “I have the honor of presenting Gwyneth with her Style Icon Award, which I am very excited about because I have a lot to say.”

0
Photo By: Getty Images for InStyle