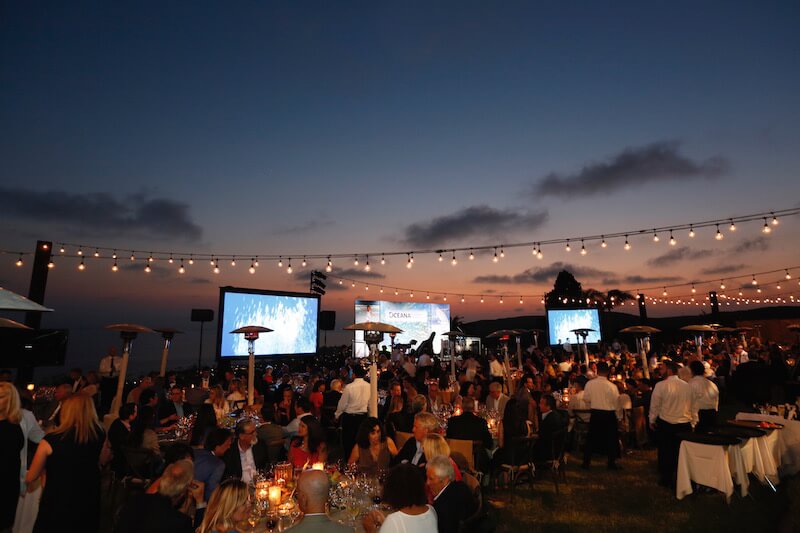 The event recognized the multi-talented Seth MacFarlane for his longtime support of Oceana and work as an advocate for the oceans. The sold-out evening was held at a private coastal villa in Laguna Beach. Over 400 guests attended the event, raising more than $1.3 million to protect the oceans. The evening’s special guest, Seth MacFarlane, took the stage to share his support for ocean conservation and the work that Oceana does to secure healthier oceans around the world. “Oceana has won over 100 meaningful victories in this fight, and as an organization that is both globally present and science­based, they represent the essence of what we want more of in our planet’s future. The oceans of tomorrow can be healthier, stronger, and more productive than they are today if we all get involved, either financially or in a boots on the ground way, or both with groups like Oceana” said MacFarlane.

SeaChange guests were treated to specialty Nolet cocktails and a delicious dinner. Guests were invited to raise their paddles to support Oceana’s campaigns to protect majestic sea creatures like whales and promote healthy, vibrant marine ecosystems. Highlights of the evening auction included the lively bidding for a limited-edition BMW i8 Protonic Red Edition donated by BMW i and the Orange County BMW Centers and an exclusive six-day voyage aboard the Hemisphere on the world’s largest luxury catamaran donated by the owner and Burgess, the world’s superyacht specialist.