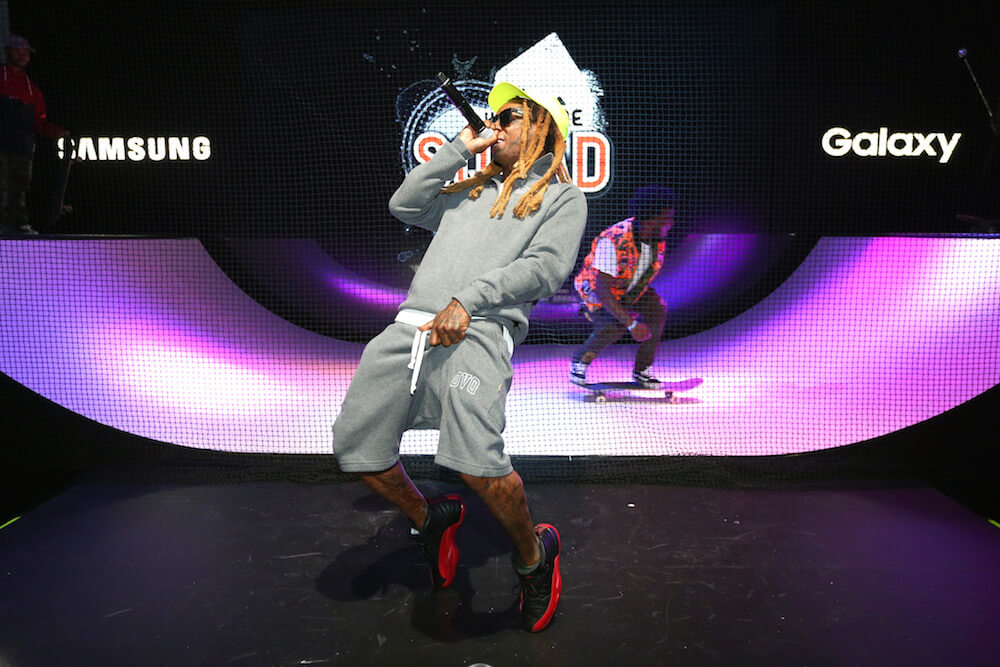 This week during the E3 conference in Los Angeles, Lil Wayne made a surprise performance at the Samsung booth. Lil Wayne was in high spirits today when he performed a surprise show for fans at the Samsung booth at E3 Expo 2016 at the Los Angeles Convention Center. He performed snippets of 15 songs including A Milli, I’m Going In, Lollipop, and Truffle Butter, to promote his mobile skateboarding game Sqvad Up. The crowd sang along to their favorites, and the production included six skateboarders who skated behind the rapper. At E3, Samsung is demoing the company’s latest technologies to provide off-the-charts immersive experiences for thrill-seeking gamers, including the most buzzed about 4D VR Chairs, where users experience what it’s like to take the dips and dives of a roller coaster in a 4D experience through a Gear VR headset.

0
Photo By: Getty Images for Samsung 10 Technology Trends that will Impact our Lives in 2020

2020 is the year the world is likely to experience…