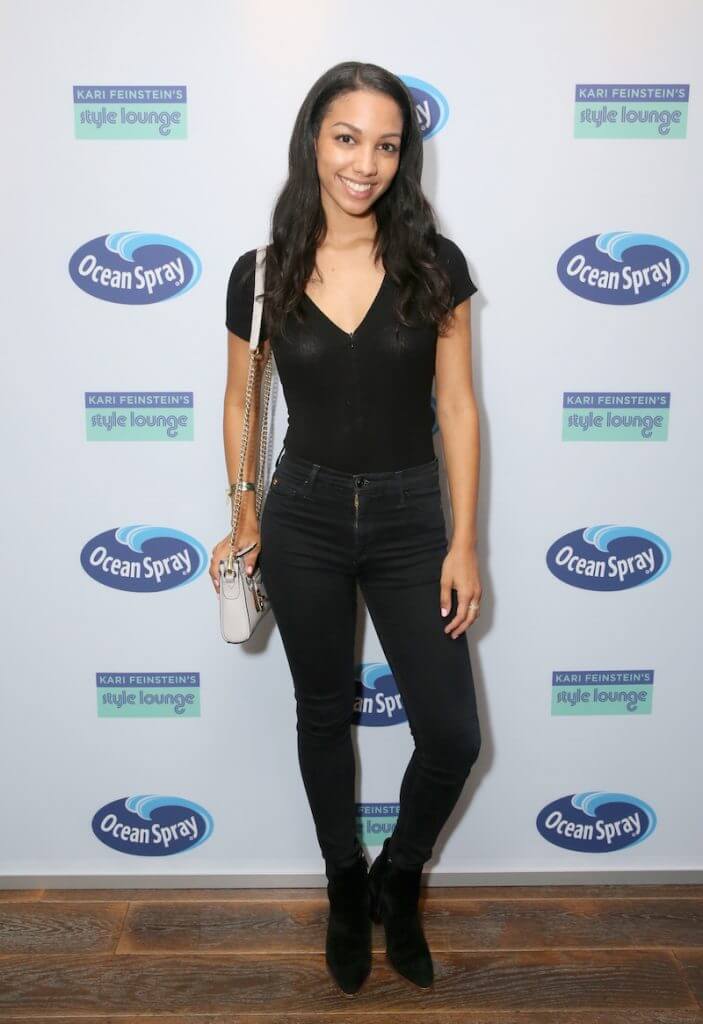 Kari Feinstein’s Style Lounge was back for Emmy Season to give out some swag to our favorite celebs at the Andaz in West Hollywood. Claws star Karrueche Tran sipped on Ocean Spray mocktails before zooming off down Sunset Blvd in her white Maserati. She leaves for New Orleans next week to film for the next six months. Jamie Foxx’s gorgeous daughter Corinne Foxx was fresh off the NYFW runway at the Style Lounge. Vanderpump Rules star Lala Kent came to the lounge with her much older boyfriend producer Randy Emmett. She talked about listening to “gangsta rap” and how she’s the “bad girl” on the show. A very hungover Tom Sandoval opted for Ocean Spray mocktails. Larsa Pippen kept her sunglasses on the entire time at the lounge, and stayed hydrated after a late night the night before. She asked for extras from jewelry designer Bella Daar to give to bestie Kourtney Kardashian—they are about to take another girl’s trip beach vacation and said Bella’s body chains would be perfect.