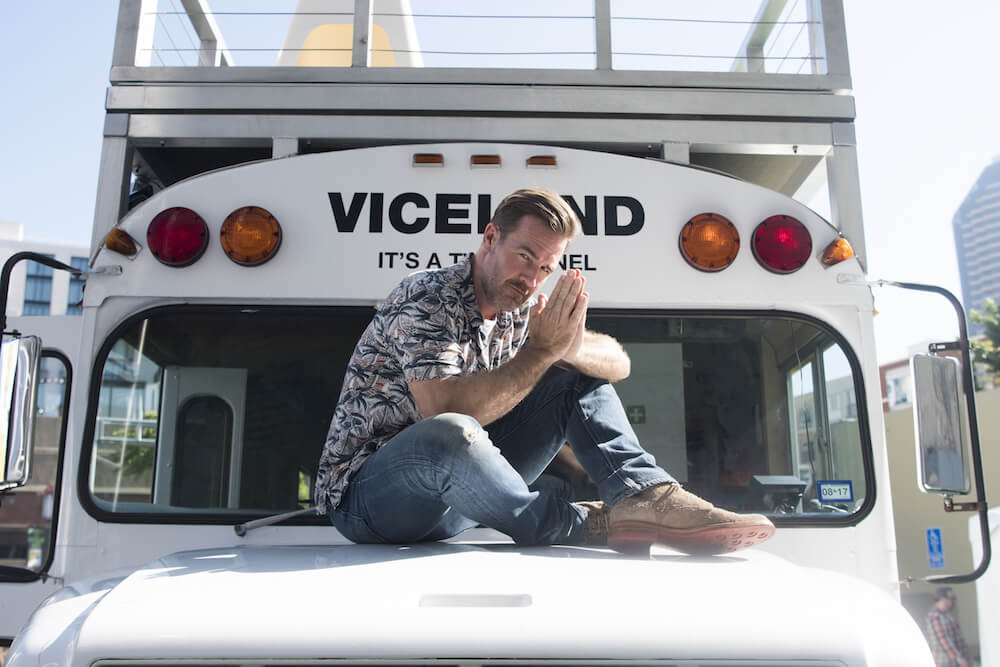 James Van Der Beek Took Over Comic Con as Diplo for “What Would Diplo Do?” on VICELAND

VICELAND was back at Comic-Con this year to celebrate the launch of their highly anticipated show, What Would Diplo Do? starring James Van Der Beek, premiering August 3rd. There was no shortage of air horns, confetti cannons, and bottle service at the Van Der Beek and the VICELAND hosted dance party last night at Fluxx Nightclub featuring Diplo-approved DJs including Party Favor, Ape Drums, TWRK, and Two Fresh. What Would Diplo Do? is a loving send-up of the electronic dance music scene and VICELAND’s first fully-scripted comedy series. In a next generation take on This Is Spinal Tap, James Van Der Beek plays a fictional version of international DJ / producer / music superstar Diplo in a show about life as seen through the eyes of guy who can bring 60,000 people to their feet… but kind of sucks one-on-one. The VICELAND bus which was was fully loaded with lounge area, snacks, drinks, music, WIFI, swag, and even has a rooftop deck also was back at at Comic-Con throughout the week to celebrate the launch of the show.